The Board meets at 7:00 p.m. on the third Monday of each month in the CCC Conference Room. Meetings are open to anyone wishing to attend. There are six standing committees of the Board: Finance, Fundraising, Strategic Planning, the Committee on Trustees, Personnel, and Facilities. Everyone is encouraged to serve on one or more of these committees, for which work hour credit is given. 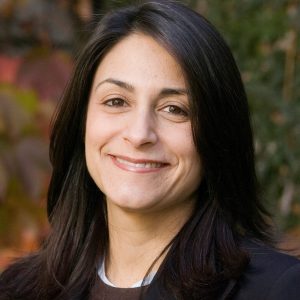 Christina Christie
Tina Christie is Professor of Social Research Methodology and Chair of the Department of Education at UCLA. Tina’s work focuses on social program and policy evaluation. Her research investigates the factors and conditions that influence evaluation practice with the goal of strengthen our understanding of evaluation as a method for facilitating social betterment. She has served as a lead investigator on over 30 grants/contracts, studying child maltreatment, education, and health behavior programs and policies targeting at-risk and underrepresented populations. Since 2014, she has received several million dollars to study the processes and outcomes of a collection of early childhood care and education programs in California. Her research in this area naturally informs her contributions as a CCC board member.

Tina and her family joined The Children’s Center at Caltech community in 2013 when her daughter, Grace, entered the Koala classroom. Grace is now a student at the UCLA Lab School. Her son, Eli, is currently a Dolphin who claps his hands with excitement every day when pulling into the CCC parking lot. We are thrilled to be part of the CCC family and by extension the Caltech community.

Chantal D’Apuzzo
Chantal Morgan D’Apuzzo’s connection with Caltech began as a graduate student in the chemistry department x years ago. She and her husband, a former Caltech postdoc, were CCC parents until recently, when their daughter left for kindergarten. Chantal was a Bunny Room Parent and served on the Finance Committee before joining the Board four years ago. Chantal is currently Board Secretary and sits on the trustees and personnel subcommittees. Chantal also serves as a community member of the clinical trial review board at Children’s Hospital Los Angeles.

Currently, Chantal is an Associate General Counsel at Caltech, managing patent litigation cases and providing legal advice to the Institute in matters involving research. Prior to returning to her alma mater Caltech, Chantal advised clients with patent prosecution matters at Finnegan and Wilson, Sonsini, Goodrich & Rosati P.C. in the Bay Area, and patent litigation at Munger, Tolles and Olson in Los Angeles. She clerked for the Honorable Mariana R. Pfaelzer in the Central District of California, assisting the Judge with complex patent cases.

Chantal earned an undergraduate degree in chemistry from Princeton University, a doctorate in biochemistry from Caltech, and a law degree from Stanford Law School. 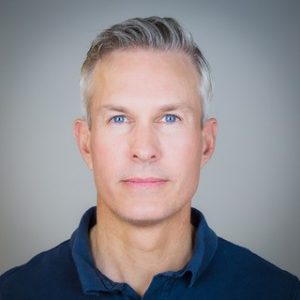 Jim Franke is a retired entrepreneur and businessman who now spends his time raising his two boys and helping both private and not-for-profit organizations set, pursue and meet their goals. From an early age, Jim has been interested in childhood development and education; and he has pursued this interest both professionally and personally by serving on the Boards of Director of several non-profits as well as earlier in his career being a member of the non-profit practice at McKinsey & Co. Jim has a BA in Economics and Political Science from Duke University and an MBA from Stanford. Today, Jim is focused on helping the CCC continue to provide exceptional early childhood education. He is also dedicated, together with his partner Steve Bialecki, to raising their two young boys to be life-long learners. 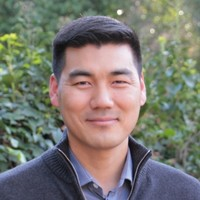 Austin Kim is the father of three boys, two who are alumni of the CCC and one a budding infant who hopes to one day follow in his brothers’ footsteps. He manages the global aerospace & defense practice for Bain & Company, a management consulting firm that provides strategic advisory services to Fortune 500 companies. His experience includes driving corporate strategy and business development initiatives as an executive at the Walt Disney Company and building organizations from the ground up for two well-funded technology startups.

Prior to transitioning into the private sector, Austin was a commissioned officer in the US Army, having served for eight years in military intelligence. He is a recipient of the Bronze Star Medal and Combat Action Badge for his service while deployed as an embedded advisor to the Iraqi Army.

The Caltech and CCC communities are special places to Austin and his wife Patricia, who works in the Caltech Budget and Planning office. They married at the Athenaeum and both have been active supporters of the CCC. Austin chairs the Board’s External Communications Committee, spearheading growth initiatives to expand our unique early childhood STEM philosophy and curriculum as a beacon to the world. Patricia has worked on a number of fundraising initiatives, led a day-long teacher team building exercise, and spoke as a featured presenter at the ECSTEM conference.

They both believe that education is a foundational bedrock to personal development and growth. He is an active alumnus of the United States Military at West Point (BS in Mechanical Engineering), East-West Center at the University of Hawaii at Manoa (MA in Economics), and the Wharton School at the University of Pennsylvania. (MBA in Strategic Management and Operations & Information Management) He serves as West Point’s admissions office representative for the local Congressional District (CA-27) and was a volunteer admissions fellow for Wharton MBA admissions. 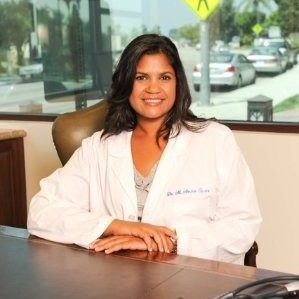 M. Amber Tyson, M.D.
Dr. Amber Tyson was born and raised in Pasadena, California where she attended the Polytechnic School.

As a Caltech neighbor and Caltech Associates Member since 2005, Dr. Tyson is extremely passionate and committed to supporting Caltech’s education and research programs.

Dr. Tyson is a physician in Pasadena, California who has been practicing Physical Medicine and Rehabilitation for the past 10 years. She has a private practice, Crown City Rehabilitation Institute that focuses on Sports Medicine and Pain Management. She is also an entrepreneur and the CEO for a healthcare transportation company, Transport Assist, which contracts with Medi-Cal based health plans to provide non-emergency medical transportation for their members. Her mission in both fields is to improve and increase health outcomes. She is profoundly focused on serving the Medi-Cal and Medicare populations. Her innovation and dedication continues to evolve both Crown City Rehabilitation Institute and Transport Assist to better serve the needs of the patients she encounters.

Dr. Tyson also remains committed to supporting education and making a difference. She served for several years on the Alumni Board of the Polytechnic School and has endowed a scholarship for a minority student. She also remains involved in the Stanford University community by assisting with reunion planning and has endowed a scholarship for a qualified minority woman who is interested in the sciences as well.

Dr. Tyson received her undergraduate degree in Biological Sciences from Stanford University in 1998. She earned her medical degree from the Cornell University Medical College in 2003 and went on to complete her residency at UCLA.

Her husband is an Assistant Professor of Biology at Caltech, and together they try to emphasize nature and real- world play to their children. This is one of the reasons they love CCC and its focus on exploratory learning.

Heidi obtained a BS in Animal Science from the University of Illinois and a PhD in Biological Sciences from Columbia University. She completed a short postdoc at UT-Austin before beginning work as a federal grant consultant. Currently, she has two sons at the CCC– a Raccoon and a Dolphin.

Ian Swanson
Ian Swanson received his PhD in theoretical physics from Caltech in 2005.  He spent three years as a postdoc at the Institute for Advanced Study in Princeton before moving to join his wife at MIT.

Ian currently works in the field of quantitative investing, and his wife is a Director of Development in Foundation Relations at Caltech.  Their daughter graduated from the CCC in 2016, and their son Lev is currently a Raccoon.  Ian serves the Board as Chair of the Finance Committee, where he has worked to overhaul both the financial reporting and budget forecasting used by the Board to guide the long-term objectives of the Center. 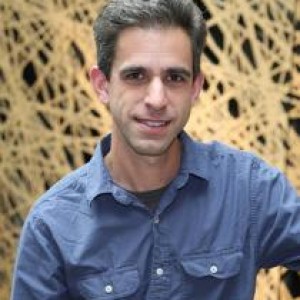 Chris Umans grew up in Cambridge, MA and came to California to attend graduate school at Berkeley. He joined Caltech as a faculty member in 2002. His household is filled with CCC alums, and his youngest child is currently a Dolphin.

Chris is currently Professor of Computer Science at Caltech, and Deputy Chair of the Engineering and Applied Science Division. He serves as editor of several journals, and is the recipient of an Alfred P. Sloan Research Fellowship, a Simons Foundation Investigator award, and several best-paper and teaching awards.

As a CCC parent since 2008, and a Board member since 2012, Chris has come to deeply appreciate the education that CCC provides, the peace of mind that comes from knowing that our children are in a safe and stimulating environment, and the strong community of parents and families that it fosters.

Chris earned an undergraduate degree from Williams College, and a doctorate in computer science from Berkeley. 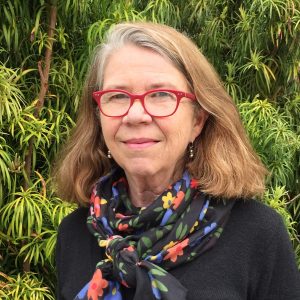 After 20 years in the classroom Susan chose to work in an administrative level as a director of two university child care centers; as adjunct faculty teaching early childhood classes such as Curriculum Planning, Child Human Growth and Development; Child Psychology; as partner and trainer for the Center for Child and family Services Head Start; as a trainer for Los Angeles County Office of Education; as UCLA Extension instructor.

Susan’s passion to support early childhood educators in providing research based, high quality child education has lead to the creation community outreach programs which has included: workshops, a director support group, research projects, and study groups. She founded and hosts the Annual Early Childhood Science, Technology, Engineering and Math (ECSTEM) Conference.  This year the ECSTEM will celebrate 6 years and is planning on 1000 educators. She is an active member of National Association for the Education of Young Children and National Science Teachers Association and has presented workshops on a national level in the areas of early childhood curriculum with an emphasis on science education.

She received a MA in Child Development from Pacific Oaks College, Pasadena, CA.